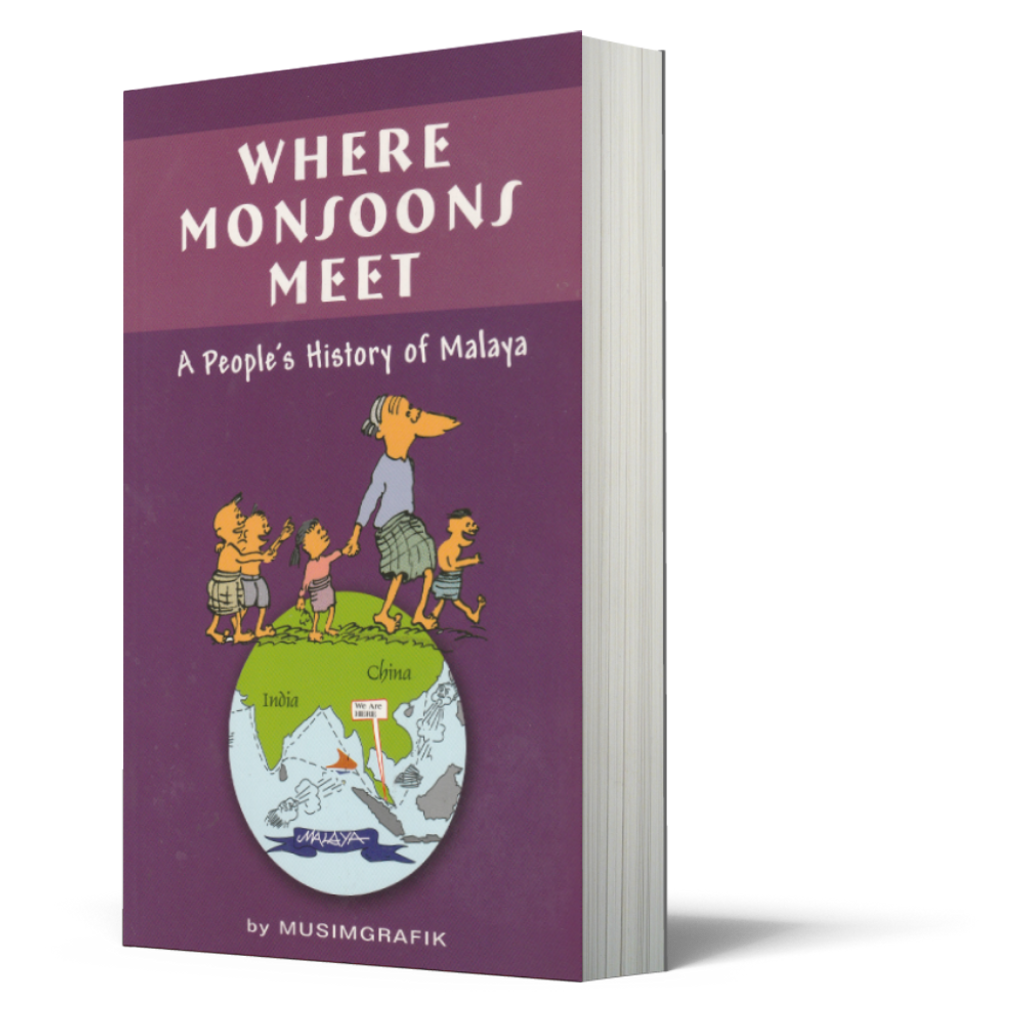 For many people, history is often a boring flurry of dates, treaties and pompous princes. For Malaysians, history books are made even less digestible by the dominance of authors who persist to write from the British colonialist's point of view.

Where Monsoons Meets attempts to lead a new path away from the beaten tracks. This history book of Malaya is refreshing in its highly readable and entertaining cartoon presentation. Contentwise, it breaks new grounds by recounting Malayan history from the people's point of view.

The period covered stretches from the days of the Malacca Sultanate in 1400s to the granting of Merdeka to the Federation of Malaya in 1957. Some notable highlights colourfully described include the squabble of colonial powers over Malacca, the fierce rebellion of the Malayan people against the establishment of British indirect rule, the gallant resistance against Japanese fascist occupation, the drastic British measures taken to suppress the anticolonial struggle during the 'Emergency', and the formation of the various political parties and patriotic forces of the period before 'independence'.

To those of us who wonder about the background to the present day political development in Malaysia, and especially those who were born after the Second World War, this is an invaluable, edifying of a people's struggle against colonialism.